Goodreads Summary:
Regina Hobbs is nerdy by nature, businesswoman by nurture. She’s finally taking her pop culture-centered media enterprise, Girls with Glasses, to the next level, but the stress is forcing her to face a familiar supervillain: insomnia. The only thing that helps her sleep when things get this bad is the deep, soothing voice of puzzle-obsessed live streamer Gustave Nguyen. The problem? His archive has been deleted.

Gus has been tasked with creating an escape room themed around a romance anime…except he knows nothing about romance or anime. Then mega-nerd and anime expert Reggie comes calling, and they make a trade: his voice for her knowledge. But when their online friendship has IRL chemistry, will they be able to escape love?

I needed this read! Ugh, you guys…this was really needed. Long story short, I’ve been struggling with my reading during this pandemic. I’m constantly starting and stopping books. I have at least four books on my Currently Reading list. It’s just never ending.

But Can’t Escape Love was something I finally finished and I really enjoyed it!

Negatives:
Gus was too perfect. I love Gus, don’t get me wrong. But he seemed too good to be true. He did everything right! The real issues between Gus and Reggie were Reggie’s inability to open up and say how she feels. I really can’t think of a negative aspect of Gus, which is an issue. No one can be perfect, but he seemed to be. But maybe that was the issue? I mean, Reggie was having a hard time trusting him because he seemed perfect, he said and did all the right things from day one. Maybe perfection was his flaw?…*shakes head* No, he’s just too perfect. I do love you though!

It’s a novella. This isn’t bad, but it is because I wish it was a full book! I wanted more. But I understand this is a novella in a series, but from what I noticed, Reggie is just a background character in another book (she’s the sister to a protagonist in another story in the series), so I don’t think we will get more depth of Reggie and Gus which makes me sad.

Overall, I enjoyed this story. And it actually made me realize something about myself and my own pineapple ways. Since it’s a novella, it’s a short read, sweet but with some drama, and just a little hot and heavy. But honestly, if you’ve watched Game of Thrones or read any romance heavy fanfiction, I don’t think you’ll read anything that will make you gasp. If you haven’t read any adult romances, this would maybe be a good start. Like I said, it’s not heavy since it’s a short story and pages needed to be used elsewhere than in the bedroom. Give it a shot!

4 STARS ~ Oh man, this was a great book. Will be recommending.

I wanted to like this drama, I really did. And at first, I was okay with it. It wasn’t amazing, but it was a quirky drama that I could watch while I ate my dinner. But everything changed when the fire nation attacked! I kid, but seriously…everything changed!

What’s It About?
This Chinese Netflix drama has the ugly duckling reversal plot combined with “average” girl and superstar falls in love. Basically, our main girl Qing Qing is the heir to a wealthy family and is about to be forced to marry someone she doesn’t want to. She decides to run away and go to the college where her parents (deceased) went, in disguise. While there, she makes friends and falls in love with a pop star named Situ Feng. Throughout the drama you get the typical misunderstandings, hiding identity scenarios, the love triangle that is also a rectangle, and love stories with the secondary characters.

Let’s talk about the positives (there are so few *crying emoji*). The soundtrack is catchy! I do enjoy the music that Situ Feng sings and the music throughout the drama. I wouldn’t mind playing the OST throughout my day, and honestly, I always played the ending credits all the way through so I could perform my own interpretive dance/choreography to the music. So yeah, music was pretty good.

Our next positive: Gu Nanxi. He’s one of our secondary characters, best friend to Situ Feng, has a crush on Qing Qing and is the first of her friends to know of her identity and tries to help her. He is adorable! I love him so much, and I knew I would. I definitely have “secondary male lead syndrome” where I fall in love with the character who doesn’t get the girl. This happens to me 9/10, and I’ve accepted this. Gu Nanxi is a great friend, smart, absolutely kind and all around amazing person. It sucks that for 95% of the show he’s just sort of there and he’s lonely.

And now for the meat and potatoes: The negatives. There are a lot here you guys, like a lot. And I’m trying not to write a full essay here. Most of the characters are annoying or dramatic, the silly arguments that cause the leads to get together and break up over and over were eye roll worthy, there are many lose ends left, and the character development was horrible. But I’m going to focus on the 3 things that made this show lose almost every star for me.

Number one: The ugly duckling reversal. Qing Qing is supposed to be this beautiful girl and to disguise herself, she puts on a short wavy red wig, glasses, and adds freckles. Doing this somehow makes her plain and in some cases, just considered ugly and unattractive. Qing Qing is not ugly! Honestly, I liked her more in her disguise than as her true self! And when she finally has her identity revealed and takes off the disguise, Situ Feng gets jealous because she gets more attention from guys. So she puts on her disguise and never takes it off again! WHAT?!

Number two: Lan Xinya and how the writers did her dirty. Xinya is our main female antagonist. She’s known all the guys since childhood and is obsessed with Situ Feng. I say the writers did her dirty because while she’s annoying and in love with Situ Feng, I could deal with her. But when the writers decided to make it so Xinya was willing to hurt and kill herself to keep Situ Feng in her life and force him to marry her…WTF?! And let’s say you stick with that plot, the writers didn’t even give her a chance to get help! All she does after Situ Feng rejects her (again) is cry and stare into the distance. She was willing to commit suicide in order to manipulate the man, the girl should have recieved counseling if they were going to have this plotline. But instead they do…

Number three: Turn Hua MuNian into a “man.” This WHOLE show, MuNian has no romantic interest in anyone. He is shown to be a fashionista, a germaphobe, showing stereotypical feminine and/or homosexual behavior. It is only after Lan Xinya goes off the deep end that MuNian starts to show some curiosity toward her, still not 100% romantic. But in the final episode, you heard me right episode 30, MuNian and Xinya have been sitting on the beach for two days as Xinya stares into the distance and they turn their heads at the same time and accidentally kiss. Xinya runs away with MuNian chasing her, he spins her around to face him and says something (I don’t remember and I don’t care to remember) and Xinya says “When did you get so manly?” And he says, I kid you not, “I think your kiss broke my spell. The frog finally became a prince.” and they make out on the beach. I thought it was a daydream, but it happened! They really wrote that and did that to both MuNian and Xinya. Instead of leaving MuNian alone, possibly leaving him as a gay character as they definitely were hinting at, and instead of letting Xinya get help and to learn to love herself and that she can find someone who loves her for her, they throw these two characters together!

I have never been so disappointed in a show, ever. That’s it. That’s all I have. I don’t recommend it. Just look for the OST on YouTube and give it a listen.

Rating: 1 STAR ~ While I finished this, it was a real struggle. Would not recommend.

I have been gone a hot minute from this blog, and the world is in chaos, so I decided to watch a zombie horror film today. Great decision, right?

It was the best decision I’ve made today. I cannot tell you how much I cried because of Train to Busan. I have not cried this hard in a long, long time. I finished this maybe 10 minutes before I started writing my review, so this will probably not be my best one, but it will be straight from my broken heart and watery eyes.

This movie is emotions from start to finish. It’s non stop action after the first fifteen minutes (they needed to give a great foundation, which they did). Train to Busan is about a father and his estranged daughter riding a train to Busan on her birthday to see her mom. What they don’t know is that a zombie outbreak starts and all hell breaks loose. The father is played by actor Gong Yoo (also in Coffee Prince which I adore and Goblin/Guardian: The Lonely and Great God) and I loved him. Man, did I love him. He’s not perfect which WAS perfect. He had flaws and they were pointed out throughout the film but the character development was heavenly. His daughter played by Kim Su-an (which by the way, the character she played is named Su-an. Just found that coincidence!) stole my heart. The interactions between the father and daughter were so great and heart-wrenching. Someone bring me another tissue!

Then you have the other main/secondary characters. The husband and pregnant wife played by Don Lee and Jung Yu-mi were amazing! The husband was hands down my favorite secondary character. I had the impression at the beginning that he would be a bit of a rude person, but he was anything but. He immediately thought about helping people, and his first priority was always his wife. Watching those two was *chef’s kiss.* Then we got the baseball player and the cheerleader who has a crush on him. Ahhh, I loved them too! And the two elderly sisters and the homeless man, amazing acting and I loved them all.

And, without spoiling things, to one of the characters I mentioned above: What you did, I’m not even mad about it. I understand why you did it, and I’m not afraid to admit that there’s a chance I would have done the same in your situation.

But anyway, again, action! So much action! This is a violent and bloody film, so if you are squeamish, I don’t recommend this to you. But this is honestly the best zombie movie I’ve ever seen. I will probably cry again tonight before bed just thinking about it. Watch this. I promise you, you will be glued to your seat and it will be a movie you won’t forget.

5 STARS ~ *crying* Pure perfection. I will tell everyone about this. Have you seen this movie? Watch it right now. No, no. Right. Now. 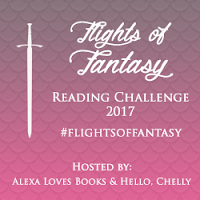 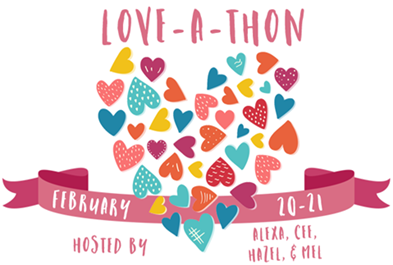